Gloves up for Grayson: Climbing to a Cure for Alexander Disease

We had such a fun time at our first live boxing match Saturday night.  We enjoyed watching YMCA YCAP kids and Roger “TheHitman” Hilley go for the win to support Grayson’s Ladder which funds research to treat and cure Alexander disease.  A special thanks to YCAP’s Director and Coach Andy Smith for a great time!

Named for Grayson Ledbetter, a five-year- old living with Alexander’s Disease, Grayson’s Ladder exists to ensure kids with this disease and other forms of Leukodystrophy live long, fulfilling lives. 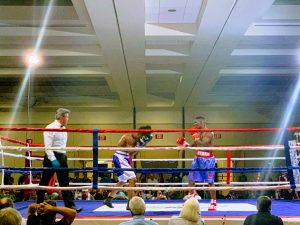 Alexander’s Disease is a rare, regressive brain disease affecting fewer than 100 people in the world.  But the rarity doesn’t negate the urgency; because it’s such a rare disease, there is no “norm” and, in the past, those with the disease were simply told there was no hope.

But there is hope — hope for a cure, and the resolve to see it through. Doctors at two leading hospitals in the U.S. wake up thinking about this disease and are developing a drug that may serve as a treatment. Families across the U.S. are united to fund research and development. And people across the country are rallying to build community, to take giant steps toward progress and to battle the odds for people whose lives hang in the balance. 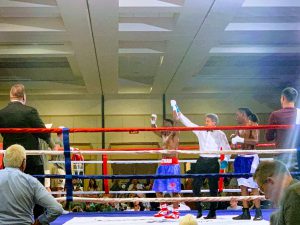